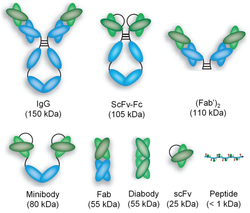 • Molecular diversity of antibodies in response to an antigen Multiple copies of alleles or genes (gene duplication) may provide new phenotypes. [See also 3.A.4, 3.C.1]

Evidence of student learning is a demonstrated understanding of each of the following:
1. A heterozygote may be a more advantageous genotype than a homozygote under particular conditions, since with two different alleles, the organism has two forms of proteins that may provide functional resilience in response to environmental stresses.
2. Gene duplication creates a situation in which one copy of the gene maintains its original function, while the duplicate may evolve a new function.
To foster student understanding of this concept, instructors can choose an illustrative example such as:
• The antifreeze gene in fish

Essential knowledge 4.C.2: Environmental factors influence the expression of the genotype in an organism. 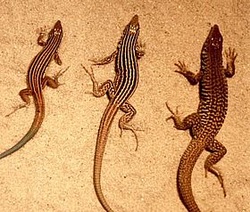 Environmental factors influence many traits both directly and indirectly. [See also 3.B.2, 3.C.1]
To foster student understanding of this concept, instructors can choose an illustrative example such as:


b. An organism’s adaptation to the local environment reflects a flexible response of its genome.
To foster student understanding of this concept, instructors can choose an illustrative example such as:
• Darker fur in cooler regions of the body in certain mammal species
• Alterations in timing of flowering due to climate changes

a.  Population ability to respond to changes in the environment is affected by genetic diversity. Species and populations with little genetic diversity are at risk for extinction. [See also 1.A.1, 1.A.2, 1.C.1]

Genetic diversity allows individuals in a population to respond differently to the same changes in environmental conditions.

• Not all animals in a population stampede.

• Not all individuals in a population in a disease outbreak are equally affected; some may not show symptoms, some may have mild symptoms, or some may be naturally immune and resistant to the disease.

Allelic variation within a population can be modeled by the Hardy- Weinberg equation(s). [See also 1.A.1]

Essential knowledge 4.C.4:The diversity of species within an ecosystem may influence the stability of the ecosystem. 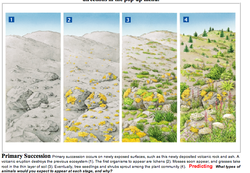 . Natural and artificial ecosystems with fewer component parts and with little diversity among the parts are often less resilient to changes in the environment. [See also 1.C.1]