Enduring understanding 1.A: Change in the genetic makeup of a population over time is evolution.

Essential knowledge 1.A.1: Natural selection is a major mechanism of evolution.

a. According to Darwin’s theory of natural selection, competition for limited resources results in differential survival. Individuals with more favorable phenotypes are more likely to survive and produce more offspring, thus passing traits to subsequent generations.


b. Evolutionary fitness is measured by reproductive success.

c. Genetic variation and mutation play roles in natural selection. A diverse gene pool is important for the survival of a species in a changing environment.

d. Environments can be more or less stable or fluctuating, and this affects evolutionary rate and direction; different genetic variations can be selected in each generation.

e. An adaptation is a genetic variation that is favored by selection and is manifested as a trait that provides an advantage to an organism in a particular environment.

f. In addition to natural selection, chance and random events can influence the evolutionary process, especially for small populations.

g. Conditions for a population or an allele to be in Hardy-Weinberg equilibrium are: (1) a large population size, (2) absence of migration, (3) no net mutations, (4) random mating and (5) absence of selection. These conditions are seldom met.

h. Mathematical approaches are used to calculate changes in allele frequency, providing evidence for the occurrence of evolution in a population.
To foster student understanding of this concept, instructors can choose an illustrative example such as:
• Graphical analysis of allele frequencies in a population
• Application of the Hardy-Weinberg equilibrium equation 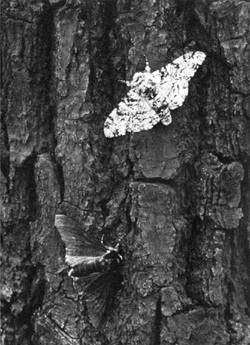 Environments change and act as selective mechanism on populations.
To foster student understanding of this concept, instructors can choose an illustrative example such as:
• Flowering time in relation to global climate change
• Peppered moth

Phenotypic variations are not directed by the environment but occur through random changes in the DNA and through new gene combinations.

Some phenotypic variations significantly increase or decrease fitness of the organism and the population.
To foster student understanding of this concept, instructors can choose an illustrative example such as:
• Sickle cell anemia
• Peppered moth
• DDT resistance in insects

Humans impact variation in other species.
To foster student understanding of this concept, instructors can choose an illustrative example such as:
• Artificial selection
• Loss of genetic diversity within a crop species
• Overuse of antibiotics

a. Genetic drift is a nonselective process occurring in small populations.

b. Reduction of genetic variation within a given population can increase the differences between populations of the same species.

Essential knowledge 1.A.4: Biological evolution is supported by scientific evidence from many disciplines, including mathematics. 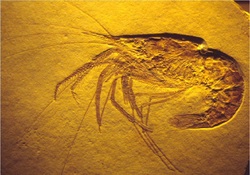 b. Molecular, morphological and genetic information of existing and extinct organisms add to our understanding of evolution.
Evidence of student learning is a demonstrated understanding of each of the following:
1. Fossils can be dated by a variety of methods that provide evidence for evolution. These include the age of the rocks where a fossil is found, the rate of decay of isotopes including carbon-14, the relationships within phylogenetic trees, and the mathematical calculations that take into account information from chemical properties and/or geographical data.

2. Morphological homologies represent features shared by common ancestry. Vestigial structures are remnants of functional structures, which can be compared to fossils and provide evidence for evolution.

4. Mathematical models and simulations can be used to illustrate and support evolutionary concepts.
To foster student understanding of this concept, instructors can choose an illustrative example such as: